Domestic Flight Review of South African Airways on the A330-200! When traveling to a new country, a big part of what I enjoy in my travel jo
540

Singapore Airlines full flight review of SQ494 from Singapore to Dubai, onboard the B777-300ER in Economy Class. This is a pampering experie
1,536

Singapore Airlines is the first operator of the A380 superjumbo, with the maiden flight to Sydney in October 2007. Ten years later, in November 2017, Singapore Airlines has unveiled new A380 cabin products that would span across all classes of travel, to be fitted across its entire new and existing A380 fleet. In anticipation of the new A380 cabin products that would debut on 18 December 2017 on SQ221 (Singapore to Sydney), here is a look at the original A380 Economy Class ca
3,285

It has been a year since I last flown with Singapore Airlines, and I have been looking forward to experiencing Singapore Airlines' retrofitted Boeing 777-300ER on a short weekend jaunt to the wonderful dining and shopping mecca, Hong Kong. While I had expected a superb B777-300ER cabin product, I was quite blown away by the quality of inflight services and hospitality rendered by the polished Singapore Airlines cabin crew team on this flight, and I was travelling in Economy C
5,082 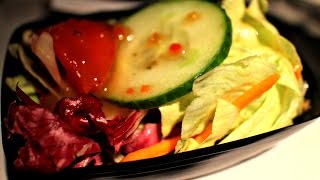 United Airlines (UA) has announced its longest route: a daily nonstop service between Los Angeles and Singapore, which will be launched on October 27, 2017. The flight will take 17 hours and 55 minutes from Los Angeles to Singapore, and 15 hours and 15 minutes from Singapore to Los Angeles, covering a distance of 8,700 miles. This new route will unseat the current records for both the longest nonstop flight from the United States and the longest scheduled Boeing 787 service:
243

Lufthansa A319 Flight Experience: LH1730 from Munich to Sarajevo

Lufthansa is one of the few major airlines flying to Sarajevo, Bosnia and Herzegovina, and its stellar reputation made Lufthansa my choice airline when I was looking for a ticket to Sarajevo. Flight details Airline: Lufthansa German Airlines Flight: LH1730 Route: Munich (MUC) to Sarajevo (SJJ) Departure: 11:05am (scheduled) / 11:26am (actual) Arrival: 12:30pm (scheduled) / 12:30am (actual) Flight Time: 1 hour 25 minutes (scheduled) / 1 hour 4 minutes (actual) I was transferri
294

Onboard Thai Airways first A350-900: TG404 from Singapore to Bangkok

Thai Airways has been operating its new Airbus A350 XWB aircraft on two of up to five daily flights between Bangkok and Singapore. With a scheduled flight time of 2 hours and 20 minutes, a quick trip to Bangkok would enable me to enjoy an immersive "sampling" of this state-of-the-art airliner. And so it was, I booked myself on A350 XWB-operated flights both-ways for my Bangkok trip, in the event Thai Airways decide to substitute one of my flights with another aircraft type, w
1,621